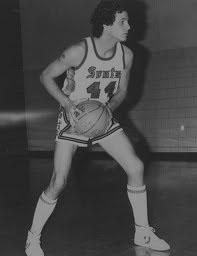 A lot has changed with regard to the sport since the start; It is well-liked all over the world and it is a major world wide industry. Regardless of how over-blown it might be though, the heart of the sport remains the same. Scoring a basket from over the court is really a sensation unlike any other.
Posted by a day in the life of.. at 08:57 No comments:

As things begin to spiral faster, what do we have? Distractions.

I must confess to indulging in various distractions myself, the main being the sport of basketball. It is perhaps a triviality in these times of change but nonetheless i find myself inexorably drawn to the simple pleasures of dribbling a basketball ball around and shooting it at a suspended hoop.

I admit that this post is a disgrace to the finely crafted theoretical predictions woven into hyperbole of the last two but as Jesus of Nazareth himself said: we all must pay the bills.

There is a strange beauty in the fact that out of the need for survival comes a whole new way of  creating, such is the mystery of our consumer culture. something so ugly can, with the right eyes, pave the way for a beautiful new paradigm. So there it is, essentially a lie, but it allows for a new self, a way to play again.

As for basketball balls themselves, they play a small but important role in the whole.. The words 'basketball ball' have become inextricably linked to the forthcoming shift. Ridiculous perhaps but through a series of chance events and the need to put food on the table the phrase basketball ball has taken on a whole new significance. And here, i feel is the point about creativity, the cues are everywhere, you just have to be open. This whole existence is a game, a performance, a joke.

Anything can be crafted to become another part of an ever growing performance art that is life. There is something comforting in that.
The internet itself is a facilitator of this new paradigm. Call it creativity 2.0.

So, what do basketball balls have to do with this specifically? Find out by following this link .

Or maybe you won't find out at all. But if not you are looking with the wrong eyes. A basketball ball or basketball net or a football or even a birthday card is of course not the answer really. These are all just tricks but they provide direction.. We all need direction. It would be nice if we could acknowledge that each others directions are all different, maybe we would create a bit more harmony if we did. Maybe Basketball balls would become irrelevant.

Is there such a thing as a prophet in today's times? The neccesity for money has certainly cheapened the image of the spiritual man. Cause and effect.

Religion is no more than a crutch. Nothing wrong with a crutch certainly, but Christianity has hoist itself with it's own petard many decades ago and now anyone with a micron of common sense can surely see it for the corrupt, dangerous corporation that it is.

So yes, there are modern day prophets. Just that the crassness of modern American culture has destroyed any subtlety. But the aim is no different. He who seeks a platform is seeking validation. Now money is validation. In this 'culture' it is a dangerous thing to not be competitive. In a world where everyone is fighting to be someone, if you don't put up a good fight you will be trampled underfoot. The modern day evangelists are (just as they always have) putting up an excellent fight. 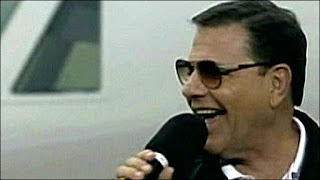 With it comes security but sadly security is an illusion and as we wrap ourselves in warm blankets of religion, shopping, drugs, alcohol, junk food, dieting and whatever other escapes from the present we may seek, our beautiful free spirit is being smothered.

But....
Perhaps with the shift that is coming, the need for such crutches is decreasing. we will all find it difficult to adjust at first but it is unavoidable as we return to our roots whilst moving unequivocally forward that the blankets are cast aside..
Posted by a day in the life of.. at 02:23 No comments: 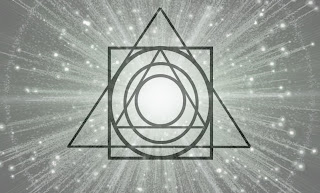 This is the beginning.. I think it's finally here. Things have been growing for some time and we are more than ready.. Ready for what you may ask?

Well there is an imminent shift occuring.

I'm certainly not the only one who has felt it.. The Mayans have long predicted a transformation..

The channels are so full of technological white noise, our communication has become so rapid and incessant that we are propelling our universe towards something.

It seems somewhat ironic that i am speaking of the communication techno- shrapnel whose collateral damage is to increase the very universal vibrations that structure reality in such an analytical way when this post itself is part of that techno-shrapnel.

But then maybe that's the point.

Without zero there is no infinity.